All posts by admin

What are the types of gynecologic cancers, and who’s at risk?

There are five major types:

The following factors may increase your risk of developing gynecologic cancer:

Human papillomavirus (HPV): Cervical, vaginal and vulvar cancers are often linked to HPV, a common sexually transmitted infection. For this reason, practicing safe sex (using a condom) is a key strategy for prevention. An HPV vaccine is available for girls and young women (between the ages of 11 and 26).

Age: Older age is another known risk factor. For example, the average patient with uterine cancer is 63 years old at diagnosis.

Genetics: Up to 10% of patients with ovarian cancer have a family history of the disease. A woman whose mother, daughter or sister had ovarian, Fallopian tube or primary peritoneal cancer might choose to undergo genetic testing for mutations in the BRCA1 and BRCA2 genes. (Mutations in these genes can increase your risk for ovarian cancer.)

Uterine cancer is cancer that begins in the uterus and is one of the most common types of gynecological cancers. Though it can happen to anyone, some factors which increase the risk of uterine cancer are obesity, diabetes, hypertension, use of estrogen without progesterone, etc.

THE COMMON SYMPTOMS OF ENDOMETRIAL CANCER ARE:

A large number of women in India are diagnosed with this cancer every year, and unfortunately, due to lack of awareness and poor cancer screening facilities, a majority of women are diagnosed when cancer has reached advanced stages

SOME COMMON SYMPTOMS OF CERVICAL CANCER INCLUDE:

SOME COMMON SYMPTOMS OF OVARIAN CANCER ARE:

Tongue-tie, also known as ankyloglossia, is a congenital condition (the child is born with it) in which a child’s tongue remains attached to the bottom (floor) of his or her mouth. This happens when the thin strip of tissue (lingual frenulum) connecting the tongue and the floor of the mouth is shorter than normal. The short frenulum can restrict tongue mobility. Ankyloglossia has been associated with difficulties with breastfeeding and problems with speech.

Tongue-tie mostly affects infants and younger children, but older children and adults may also live with the condition.

It’s often found because of problems breastfeeding. You may notice your baby:

Along with symptoms, you may hurt during and after breastfeeding. You may also have sore or cracked nipples. But tongue-tie isn’t the only reason there may be breastfeeding problems. So if you’re having them, talk to your doctor.

When to see a doctor

See a doctor if:

Vaginitis is a medical term used to describe various disorders that cause infection or inflammation of the vagina.

These conditions can result from an infection caused by organisms such as bacteria, yeast, or viruses. Irritations from chemicals in creams, sprays, or even clothing that are in contact with this area can also result in vaginitis.

In some cases, vaginitis results from organisms that are passed between sexual partners, vaginal dryness and lack of estrogen.

Doctors refer to the various conditions that cause an infection or inflammation of the vagina as “vaginitis.” The most common kinds are:

Although they may have different symptoms, a diagnosis can be tricky even for an experienced doctor. Part of the problem is that you could have more than one at the same time.

What are the symptoms of vaginitis?

How is vulvovaginitis treated?

The correct treatment for vulvovaginitis depends on the type of infection and the organism causing the problem.

It’s possible to treat some types of vulvovaginitis on your own. But be sure to speak with your doctor before initiating any treatment.

After your doctor identifies the type of organism causing your vaginitis, they’ll likely prescribe medication.

Every woman is different — including her periods. Some happen like clockwork. Others are hit or miss and unpredictable. On average, a woman gets her period every 24 to 38 days. A period usually lasts about 2 to 8 days. If your menstrual cycle is irregular from time to time, it’s probably no big deal.

Is your period irregular — and if so, does it need treatment?

You may have irregular periods if:

Many things can cause irregular periods. Changes in your body’s level of the hormones estrogen and progesterone can disrupt the normal pattern of your period. That’s why young girls going through puberty and women approaching menopause commonly have irregular periods.

Other common causes of irregular periods include:

Should I Worry About Irregular Periods?

Talk to your doctor if you have had sex and have missed a period because you could be pregnant. Also let the doctor know if:

The doctor may prescribe hormone pills or other medicines, or recommend lifestyle changes that can help you to have regular periods.

A Pap smear, also called a Pap test, is a screening procedure for cervical cancer. It tests for the presence of precancerous or cancerous cells on your cervix. The cervix is the opening of the uterus.

During the routine procedure, cells from your cervix are gently scraped away and examined for abnormal growth. The procedure is done at your doctor’s office. It may be mildly uncomfortable, but doesn’t usually cause any long-term pain

What Happens During the Test?

It’s done in your doctor’s office or clinic and takes about 10 to 20 minutes.

You’ll lie on a table with your feet placed firmly in stirrups. You’ll spread your legs, and your doctor will insert a metal or plastic tool (speculum) into your vagina. He’ll open it so that it widens the vaginal walls. This allows him to see your cervix. Your doctor will use a swab to take a sample of cells from your cervix. He’ll place them into a liquid substance in a small jar, and send them to a lab for review.

The Pap test doesn’t hurt, but you may feel a little pinch or a bit of pressure

Who needs a Pap smear?

Current guidelines recommend that women get regular Pap smears every three years starting at age 21. Some women may be at increased risk for cancer or infection. You may need more frequent tests.

How often do you need a Pap smear?

How often you need a Pap smear is determined by various factors, including your age and risk.

These recommendations only apply to women who have a cervix. Women who have had a hysterectomy with removal of the cervix and no history of cervical cancer do not need screening.

Recommendations vary and should be individualized for women with compromised immune systems or a history of precancerous, or cancerous lesions.

Caring for a new baby while feeling sore, tired and stressed can be a lot to handle. Taking care of yourself is one of the best things you can do for your baby. Learn how you can stay healthy as your body heals and you adjust to your new life.

Postpartum care can be divided as

External care refers to the physical body such as dealing with the change in body shape, coping with breastfeeding problems like engorgement or sore nipples, caesarean incision or even hair loss issues.

Mental care refer to emotions such as anxiety, impatient, confidence level or low self-esteem due to hormonal changes that trigger us to be more sensitive during postpartum period

You need to take good care of yourself to rebuild your strength. You will need plenty of rest, good nutrition, and help during the first few weeks.

Menopause is the end of a woman’s menstrual cycles. The term can describe any of the changes you go through just before or after you stop having your period, marking the end of your reproductive years.

A woman is born with all of her eggs, which are stored in her ovaries. Her ovaries also make the hormones estrogen and progesterone, which control her period (menstruation) and the release of eggs (ovulation). Menopause happens when the ovaries no longer release an egg every month and menstruation stops.

Menopause is a regular part of aging when it happens after the age of 40. But some women can go through menopause early. It can be the result of surgery, like if their ovaries are removed in a hysterectomy, or damage to their ovaries, such as from chemotherapy. If it happens before age 40, for any reason, it’s called premature menopause.

What are the symptoms of menopause?

Every woman’s menopause experience is unique. Symptoms are usually more severe when menopause occurs suddenly or over a shorter period of time.

Conditions that impact the health of the ovary, like cancer or hysterectomy, or certain lifestyle choices, like smoking, tend to increase the severity and duration of symptoms.

Other common symptoms of menopause include:

Common complications of menopause include:

What Happens During Menopause?

During perimenopause, menstrual periods become irregular. Your periods may be late, or you may completely skip one or more periods. Menstrual flow may also become heavier or lighter.

Menopause is defined as a lack of menstruation for one full year.

Postmenopause refers to the years after menopause has occurred.

Indigestion — also called dyspepsia or an upset stomach — is a general term that describes discomfort in your upper abdomen. Indigestion is not a disease, but rather some symptoms you experience, including abdominal pain and a feeling of fullness soon after you start eating. Although indigestion is common, each person may experience indigestion in a slightly different way. Symptoms of indigestion may be felt occasionally or as often as daily.

Indigestion can be a symptom of another digestive disease. Indigestion that isn’t caused by an underlying disease may be eased with lifestyle changes and medication.

Other common symptoms of include:

Don’t’ ignore severe symptoms of indigestion. See your doctor right away if you experience any of the following:

Indigestion has many possible causes. Often, indigestion is related to lifestyle and may be triggered by food, drink or medication. Common causes of indigestion include:

Sometimes indigestion is caused by other digestive conditions, including:

Although indigestion doesn’t usually have serious complications, it can affect your quality of life by making you feel uncomfortable and causing you to eat less. You might miss work or school because of your symptoms. When indigestion is caused by an underlying condition, that condition can also have its own complications. 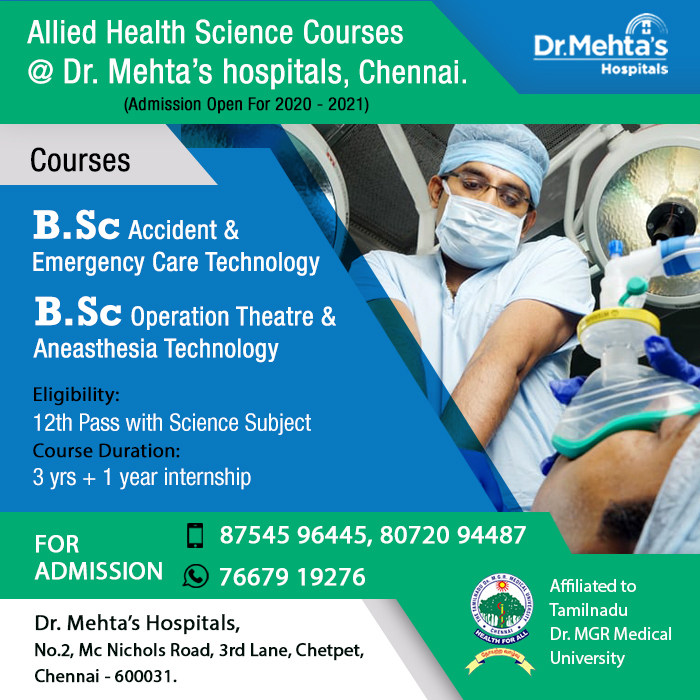 Colon cancer is a type of cancer that begins in the large intestine (colon). The colon is the final part of the digestive tract.

Colon cancer typically affects older adults, though it can happen at any age. It usually begins as small, noncancerous (benign) clumps of cells called polyps that form on the inside of the colon. Over time some of these polyps can become colon cancers.

What are the symptoms of colorectal cancer?

If you notice any of these symptoms, make an appointment with your doctor to discuss getting a colon cancer screening.

Lifestyle changes to reduce your risk of colon cancer

You can take steps to reduce your risk of colon cancer by making changes in your everyday life. Take steps to: